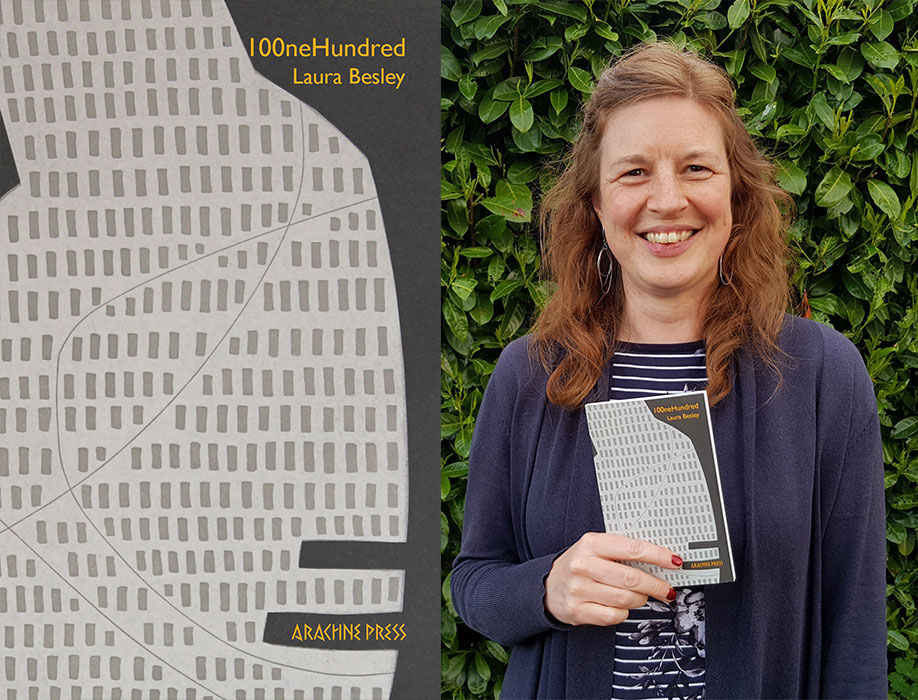 LAURA BESLEY ON THE MAGIC OF 100-WORD STORIES

100neHundred, Laura Besley’s collection of 100 stories of 100 words, is published tomorrow. It opens with a story first published in Popshot Quarterly last year.

My love of flash fiction began around ten years ago. I had already started writing, initially non-fiction about my years living and travelling in and around Germany, but whenever I tried writing fiction I always got stuck after a paragraph or two.

One day I stumbled across Calum Kerr’s blog who, at the time, was the Director of National Flash Fiction Day. He had set himself a challenge to write a piece of flash fiction every day for a year and post them all online. I decided to follow suit (except I only posted one ‘best of the week’ story on Fridays).

In the years since then, I’ve written hundreds, maybe even thousands of pieces of short fiction. Writing 100-word stories started specifically when I discovered Morgen Bailey’s online monthly competition in which you can enter up to three pieces on a theme and I’ve entered nearly every month for several years. Over time, I amassed a lot of stories, and the idea started brewing about a collection of 100 x 100-word stories.

The opening story in my micro fiction collection, ‘Arrhythmia’, was first published in Popshot Quarterly (Issue 27 – Mystery) and remains one of my favourites. The first draft of that story was written at the side of the pool while my eldest son was at his swimming lesson. It was originally intended for a daily tweet story (based on the #vss365 prompt for that day), but I couldn’t get it right. I redrafted it several times, making it longer and shorter, adding in different aspects, taking them out again until, finally, I was happy with it.

One of the things I love most about short fiction is the invitation to experiment. Below is the opening line of ‘Arrythmia’, which didn’t change throughout the various drafts. It’s immediately obvious that this is, what I like to call, a quirky piece wherein anything is possible. I love writing these pieces because it’s never apparent which direction they’ll take. They don’t always work, of course, but no writing is ever wasted. Or thrown away.

“Dave carries his girlfriend in the left-hand breast pocket of his shirt, thinking – for he is a thoughtful man – that she’ll find the steady rhythm of his heart comforting.”

It’s a misconception that writing short fiction is ‘easy’ or ‘quick’. I’ve found the shorter the piece is, the harder it is to write; trying to convey meaning in as few words as possible and writing to a specific word limit makes it even harder. I always write first drafts by hand (often in one of the many notebooks I have lying around the house or in my bag for when I’m out), but once I get to the editing stage, it’s easier on the computer. Sometimes I spend half an hour on one sentence alone which can feel immensely frustrating, but is also intensely satisfying when, at long last, it’s exactly right.

I’d love to think that although my stories are short, they still carry enough weight to be a satisfying read and maybe even linger in people’s thoughts for some time after they’ve finished reading them.