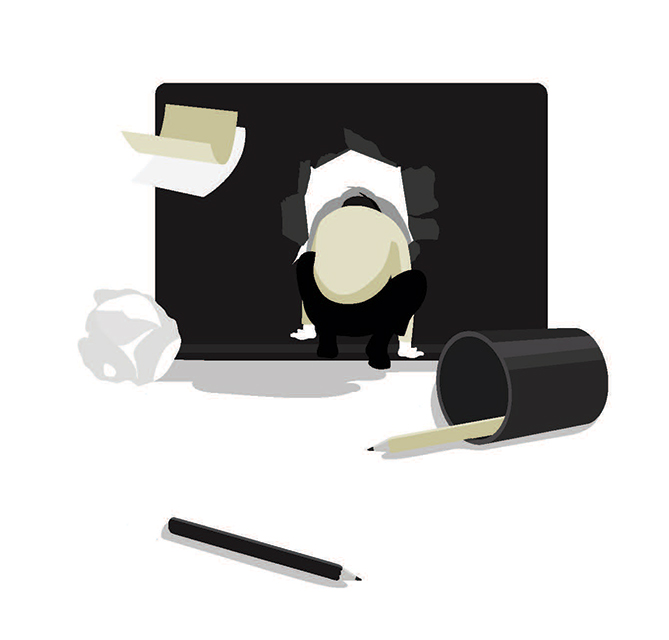 Despite the late hour, the phone was answered on the first ring. “Warden Ackley, this is your new Deputy Shane Parker. We have an escapee. One prisoner is missing.”

“Did you follow procedure? Tell me what you have done.”

“Thank you sir,” said a relieved Shane Parker, noticing his hand shake as he hung up the phone, and thinking to himself, I’ve only been Deputy Warden for three days. This was the last thing I ever wanted to happen on my watch.

Warden Ackley was looking forward to retirement. The amount of administrative paperwork had grown exponentially over the years and was bogging him down mentally. His hair was suddenly grey too.

Action is what he thrived on. The news of this escape suddenly made him feel 10 years younger.

“Perimeter report,” called Warden Ackley looking toward Deputy Warden Parker, who swallowed hard then responded as clearly as he could speak. “Our team have examined the perimeter. The fences haven’t been cut, bars aren’t missing, no obvious signs of digging. There is no physical evidence of a breakout.”

“What do you make of that, Sergeant Tremaine?” asked Warden Ackley.

“Probably hiding in a corner somewhere like a rodent. Dogs will find him if he is,” was the monotone response from this mountain of a man, whose uniform strained to contain his overly muscular physique.

“Three and a half years ago we confiscated five cell phones in the whole year,” said Warden Ackley, warming to his favourite topic. “Last year one hundred and thirty three phones. The cell phone is the best tool ever invented to affect a prison escape. Have we had the conversation previously?”

“I believe we have,” replied Sergeant Tremaine in his same monotone.

“Well that’s right. At our national convention last year, the guest speaker presented a paper on the very subject. We have to be on the lookout for phones at all times. When you brief your team, please ask them to be alert for any sign of a phone.”

At the end of the day’s fruitless search, Sergeant Tremaine walked into the Warden’s office simultaneously knocking on the door. Shane Parker moved out of his way.

“How many phones?” asked Ackley.

“No phones so far, sorry. All that’s left now is the computer room. I will need a walk through for me and my three handpicked officers. Two are waiting outside. The other will meet us there.”

Shane Parker held the door open. The Warden picked up a file and motioned for Parker to lead the way. Simultaneously he started his preamble. “Because most of our inmates are in here for white collar crimes, uhm remember this is a medium security facility, part of getting them ready for return to the outside, is to give them training to bring their computer skills up to current. Our terminals are loaded with tutorial exercises and educational programs.”

“Limited, and closely monitored,” smiled Warden Ackley grimly as he walked through the door of the computer training room with his guests.

Warden Ackley acknowledged with a nod, the waiting presence of the final member of Sergeant Tremaine’s handpicked trio before asking him, “Any phones?” The guard responded with a shake of his head.

“Most have used computers previously, so I’d say Intermediates. We do have some few Beginners.”

“Tell me about your escapee. His computer skills?”

“Let me check his file”, said the Warden flicking it open. “Oh yes, I remember now. He was one of the better skilled. In fact, he volunteered as an aide on this program. He was helping tutor other prisoners. Hmm…Superior skills, probably.”

“And you have no concerns…”

“Yo! Found something!” The shout from one of his team interrupted Sergeant Tremaine before he could finish his question, or Warden Ackerley could answer.

“A phone?” yelled the Warden, hopefully.

“Something else,” came the reply.

When they gathered around the terminal, the officer explained, “There is a USB flash drive in one of the ports on the left side of the terminal.”

“Don’t anyone touch it,” commanded Sergeant Tremaine. After a pause he asked, “Anything else?” only to be greeted by silence.

“Our inmates are not permitted flash drives,” said the Warden quietly, “This is contraband.”

“Quickly check all the other terminals people. I want to know if anyone else has left their handiwork behind.”

One by one each of the officers called, “Clear.”

“It’s just become ugly,” uttered Sergeant Tremaine before raising his voice. “Has anyone spotted this, or am I the first, gentlemen?” he asked the room in general. His unsheathed Bowie knife pointed at the keyboard.

“What is it?” asked the Warden on behalf of everyone.

“Best guess, I’m thinking a small piece of paper. It has been folded and re-folded into a wedge. It’s been deliberately shaped and then forced into place to keep one of the keys depressed.”

With all eyes focussed on the area of the keyboard covered by the blade, Sergeant Tremaine slowly moved his knife to reveal the depressed key. The key inscribed Esc.

This story appeared in The Escape Issue of Popshot Quarterly.