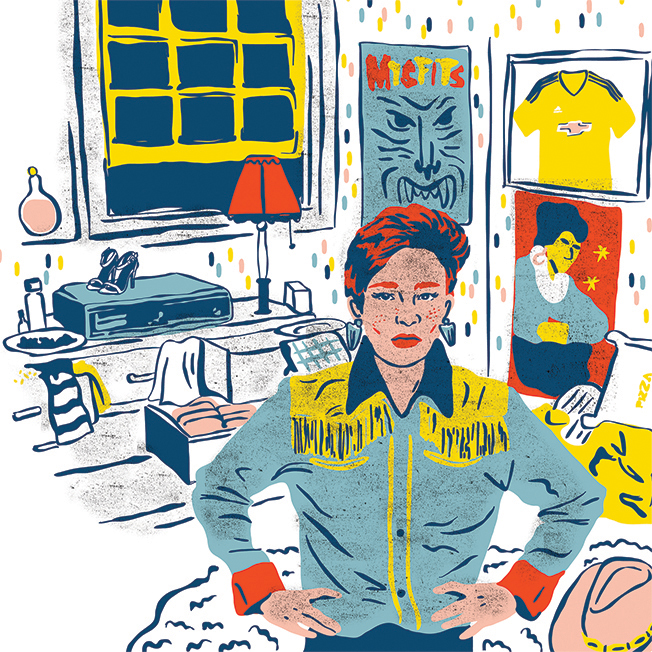 By Anne Walsh Donnelly, a poet from the West of Ireland. Illustration by Aurélie Garnier.

burns the queen cakes Mam told him to make

so she won’t ask him again.

so he’ll bring him to check the cattle in the far field.

He buys a cowboy suit with his first Holy Communion money

tired of asking Mam to give him one for his birthday.

in the white sandals Mam bought him to wear to Sunday Mass.

He cries when his chest grows tennis balls

He has sex with men. And women. Drinks beer in the college bar

unzips his jeans and shoves the empty bottle into his empty groin.

He goes home after Dad dies, to help Mam with the farm.

falls in love with the school principal and his three-piece suits.

He tames his hair with a straightener, paints his nails with blush polish

that smells like turpentine and smears crimson gloop on his lips.

He teeters down the aisle in heels, wears a raw sick wedding dress

that makes him look like he’s perched on a cloud.

He gives birth to three girls. Husband presents him

Sheila is from The Identity Issue – Issue 23. Order your copy here