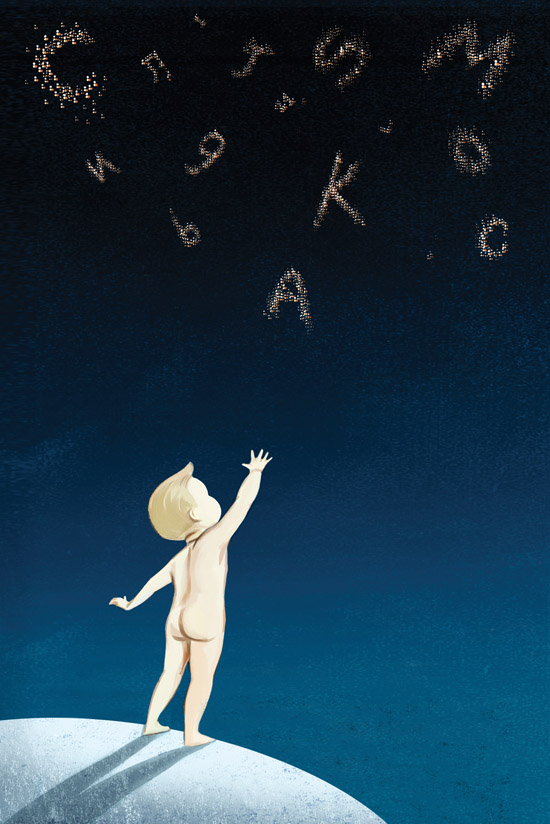 A poem by Luciana Francis, written during her early months as a mother to celebrate witnessing the birth of a voice. Illustration by Marco Melgrati.

Silence surrounds your early vowels
and to rathe consonants a cue
whilst in the wings of the blue hour.

You tiptoe with your tongue
the table is laid, rounded in resonance
language is an expectant satellite.

And like a view from a window: everything’s ahead.

Beginning with this gurgle
from the hollow orb – your berried mouth
where the spelling of days constellate.