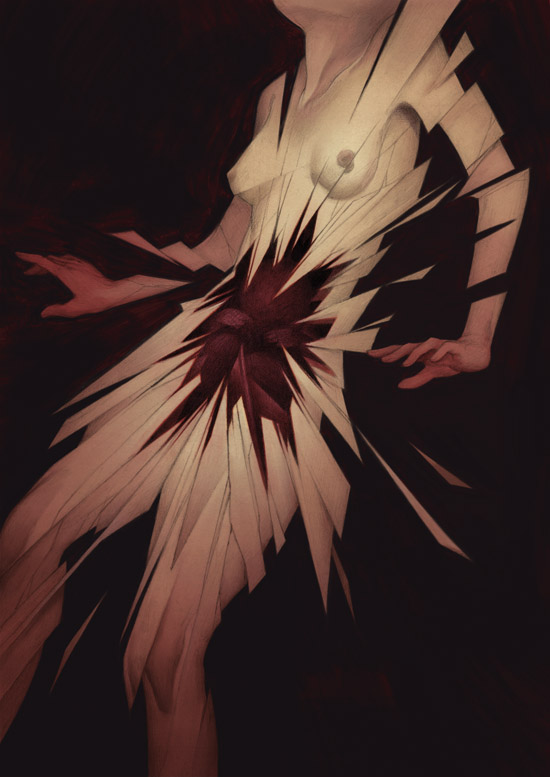 A potent poem by Gavin Bryce, written after the difficult and potentially dangerous birth of his son. Illustration by Ashley Mackenzie.

She was cornered by a stowaway
in the root of her body
hell-bent on splitting her
like a Russian doll.

Nothing she could do
so closely nailed to her flesh and blood
but flap bodily on the hospital bed
against the blasts of pain.

Seizures gutted out breath,
unhooked her eyes from their lines of sight,
jolted joints in vicious puppetry.

She pleaded in a stranger’s voice,
and all the while the experts
enchanted her with rituals and reliefs
to drive the little devil into daylight

but he twisted stubbornly,
would not be parted.

In the end they slit a smile
across her lower abdomen
and hauled the bunched-up baby out
who unfurled his limbs furiously
and bit the air with war cries
like a demon caught.