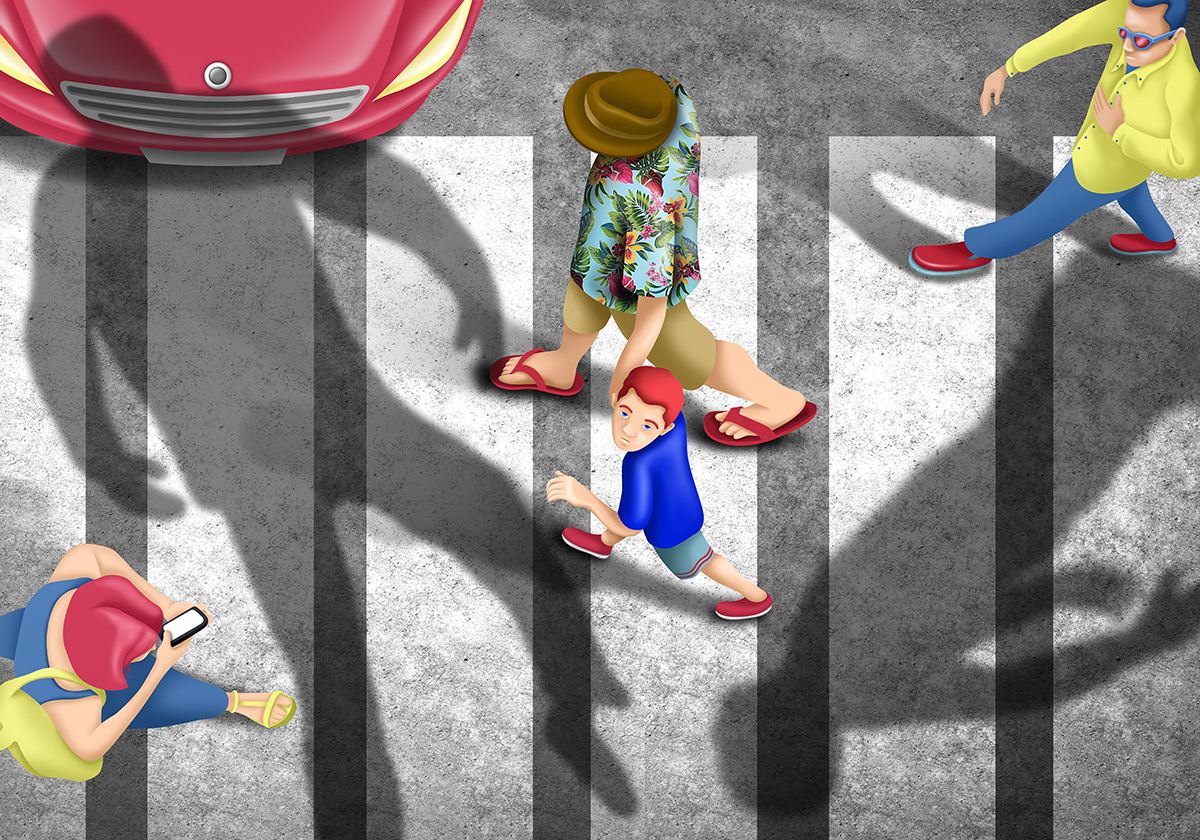 EXODUS OF THE DEAD

Joshua Preston’s flash fiction piece addresses the sudden nature of loss and the various aspects of weight associated with it. Illustration by DAQ.

Death is tragic enough without having to get the dead down from the ceiling. No one knew why it happened, but starting one late-summer afternoon, the freshly dead refused to drop as gravity intended. As though the last breath was wind in their sails, steadily they ascended like balloons, disappearing into the clouds. All across the world, patients lifted from their hospital beds and families came home to loved ones bumping the ceiling fan.

As society struggled to adapt, disappearance became synonymous with death. If someone slipped on the ice, what was there to catch them? If they went through the windshield, up they veered like rockets, never to come down. Crime scenes were harder to discern without a victim. On flights, fewer people fought over the window seat.

For those caught in trees, powerlines or the nets above the busiest intersections, families held funeral services called ‘Release Aerials’. Some traditionalists insisted on anchoring down their loved ones, but this was abandoned when too much rain (or not enough) turned a cemetery into an empty field. At these Aerials, pallbearers held gold cords tied to the dead who, wrapped in fine cloth, hovered above them. Following a blessing and a few words from loved ones, the cords were released. Higher and higher they went as, in the eyes of onlookers, tears obscured the view.

The lightness of the bodies was an illusion. As they drifted away, the weight was heavy on the living. On the walk back to the car, footsteps scraped the ground.

Every religion claimed credit for the exodus, with some viewing it as evidence of the end times, blaming modernity and the Federal Reserve in equal measure. Others saw it as a sign of God’s love, mankind at last rising to Heaven or Jannah or Svarga. But with so many bodies now being thrown into the cosmos, many already knew what it took an ecologist to say: each death made the world a little smaller. Both literally and figuratively. The weight concentrated, and although no one knew when the heaviness would leave, there was relief, as well as fear, when at last, all became dark and there was lightness in the fingertips.